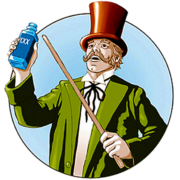 It’s fair to say that many website owners view search engine optimization (SEO) practitioners as little more than snake oil salesmen and when a reasonably respected website comes out with an unsubstantiated article titled WordPress Sucks: Impress Search Engines With These Alternatives the status of professional SEO practitioners takes a severe battering. While link baiting is a common SEO tactic, readers drawn to a respected website that professes to publish information for SEO professionals due to a sensationalist headline expect to find balanced reasoning to support the “hook”, and not a lame, half-arsed opinion bereft of facts. This sadly was not the case last Friday when Search Engine Watch (SEW) published WordPress Sucks: Impress Search Engines With These Alternatives by Gary-Adam Shannon, which kicked off with the claim that search engines are penalizing WordPress sites because of “security vulnerabilities, hacked themes, exploits, and all sorts of madness.” Citing WordPress-based link farms and scraper sites as also being to blame, Mr Shannon then goes on to claim that a good reason for website owners to move to WordPress is that “search … END_OF_DOCUMENT_TOKEN_TO_BE_REPLACED

Forrester Research is one of the world’s most respected research companies, providing its clients with information on the likely impact of technology on business and consumers and it’s forecast on the growth of eCommerce up to 2016 is encouraging for those who can snare a section of the market. According to Forrester online eCommerce retail sales grew 12.6 percent in 2010 to $US176.2 billion, with yearly growth until 2016 forecast to be about 10 percent when online purchases will account for about $US279 billion. Globally Exploit Online Demand cites Euromonitor International research that shows in the next three years online eCommerce purchases will exceed $US524.5 billion, with triple digit growth forecast for Australia, the former Soviet Union, and Latin America. The importance of content management systems for modern-day web design has already been stressed here, along with the importance of open-source software. Many people leap into the eCommerce environment with custom applications that either force the user to accept the template design and function features, or employ a  programmer to make make even minor changes. Joomla, Drupal, and WordPress all … END_OF_DOCUMENT_TOKEN_TO_BE_REPLACED

Not to be confused with extensions, plug-ins generally have a focused set of abilities that enables customization of an application and WordPress has made extensive use of plug-ins since it was introduced in 2003. The first plug-in appeared in the 1970s – the EDT text editor on the Unisys VS/9 operating system for the Univac 90/60 series mainframe computer – and were incorporated into even early PC software such as Apple’s HyperCard and Quark, Inc’s., QuarkXPress on the Macintosh in 1987, and Silicon Beach Software’s Digital Darkroom and SuperPaint in 1988. Well-known plug-ins in use today include Adobe Flash Player and Apple’s QuickTime, with Mozilla Firefox also making extensive use of plug-ins to display video, play audio and render animations. Plug-ins are basically stand-alone pieces of code that can execute actions in different parts and stages of a webpage or an entire website, and provide an easy method of tailoring a website to deliver enhanced user experiences and to deliver increased functionality. Today there are thousands of free and premium WordPress plug-ins available to improve functionality and features for WordPress-based … END_OF_DOCUMENT_TOKEN_TO_BE_REPLACED 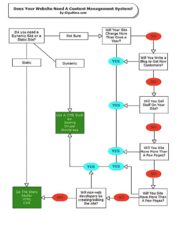 Website design has changed dramatically since the Mosaic web browser was introduced in 1993, with increasing amounts of bandwidth, more powerful computers, and increasingly sophisticated web browsers all contributing to increased functionality and design capabilities. While not so long ago internet websites were created by programmers writing millions of lines of code, web development applications such as Adobe Dreamweaver, Microsoft’s Frontpage (since replaced by Microsoft Expression Web), and Apple’s iWeb allowed webpages to be designed and created using a graphical interface with minimal coding knowledge saw a flood of mostly poorly designed and functioning websites created as every home, community and organization jumped onto the the dot-com boom and racing to claim their piece of the new frontier called the “internet”. Though these internet development applications make light work of website design, and creation, the results are very much like a stack of loose-leaf paper, with nothing binding the stack together apart from the code linking each page, in a similar manner to a piece of string threaded through ring-binder holes punched in the figurative stack of paper. Building a … END_OF_DOCUMENT_TOKEN_TO_BE_REPLACED